This action aims at favoring knowledge and good will between students, improving their knowledge about their city and local heritage, going to Le Bateau feu, the theatre of Dunkirk, another place of culture. This experience also will contribute to improve their knowledge about cinema and theatre and to discover a new form of art : the « ciné-concert » and finally the students will be able to write, stage and perform their own show. After the representation o Blockbuster, a mash-up directed and performed by a Belgian company, Collectif Mensuel, from 1400 sequences of 160 American movies, students list : -typical scenes and main characters’ personalities of blockbusters -different elements of the performing art voice dubbing, sound effects, music. Then they could understand this ciné-concert was a parody of blockbuster and a blockbuster itself. Finally they could analyse political scope of this piece-film, how it denounces capitalism and makes us realize the role of violence in Politics. A few weeks later, students visits the theatre : scenes, , backstage,  dressing rooms…

Before the activity started, I thought theatre was very boring and for old people. But during the activity, I discover the play « Blockbuster » and it was very funny and interesting. The actors were very good at playing it since I think it's difficult to play that but they do this very well. To conclude, I think I will go again to theatre because I discover a new entertainment.
Ambre

Before the activity started, my impressions wasn’t good. I thought that it would be long and not interesting or special. Because I had never known that. During the activity, the interesting things were the synchronism between film and noise and the number of items you need to make a film. Now, I find that really interesting. It was a good experience that we have to remember. I could go back.
Emma

I was excited to go there because that looked good, it was conniving. I loved this performance, it was very surprising especially at the end! The actors were very good at the voice dubbing and at sound effect in live. They managed to get a message out which is quite impressive. They put together ots of very famous movie parts to form their story and it was really good!

On the one hand, we thought it will be dull because the only thing we knew was « blockbuster is a mix of more than 100 different movies ». On the other hand, we were excited to discover a new kind of show.

In front of the stage, we were impressed by the show because the actors made all the sounds of movies like drifts, steps, wind, rain… The end of Blockbuster was really unexpected. We were actually actors of the show. In fact, our goal was to flee before the police find us…

Now, we guess the job of doubler is really complicated and we hope to see a show like it again !

I thought it was a show about famous movies. Maybe a mix between cinema and theatre where comedians will play the most famous movies scenes. I did not expect to see such a big show. This performance was spectacular and amazing.. The comedians were so coordinates with the scenes on the big screen. Beside the ﬁnal was unexpected and really nice. I'm very happy to have seen this show! It was gorgeous moreover the comedians were really good.

On the 27th of November, we went to the Bateau Feu to see a show named “Blockbuster”. Before this activity, we didn’t know what it could be. Actually, “Blockbuster” was a parodic and a political movie made from 1400 extracts of 160 famous Hollywood movies. They made an unpublished script with heroes, chase, spectacular explosion, suspense and love with famous actors and actresses like Julia Roberts, Tom Cruise and Brad Pitt.

We discovered a new type of show. We didn’t understand the whole show but it was funny how the people on stage have made their own spectacle with sound effects and their Belgian accent. The coherence between the sound effects and the characters' discussions was well done and it was interesting. 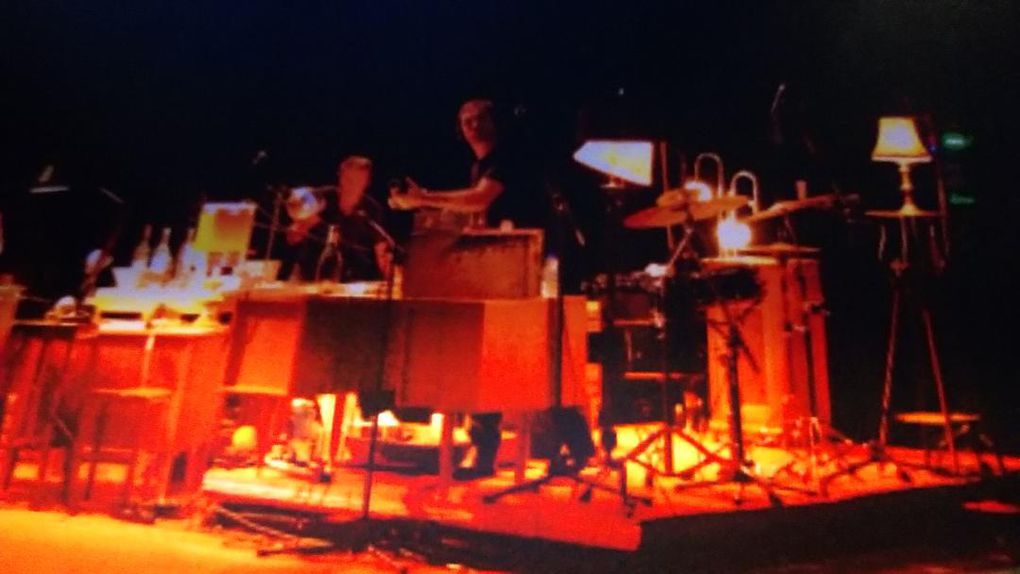 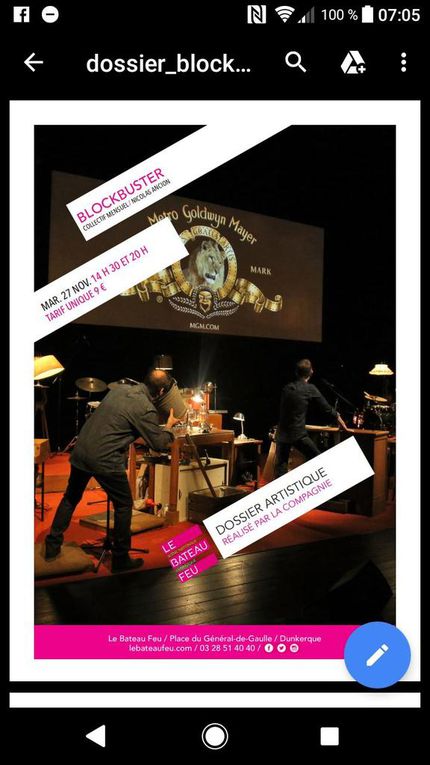