Saturday morning was dedicated to sport, game and teambuilding activity. All students gathered in a high school gymnasium where everything was already prepared for table tennis tournament. Mr. Tondeur and his son Romin (a university student of sport and physical education) explained the rules to students, divided them into groups of 4 to play the game (a French student with his/her correspondent against another couple). There were 28 pairs altogether to play table tennis. Students could ask questions if something wasnt clear to them. Then the game was started and there were 4 games in each round which were monitored by Mr. Tondeur and his assistant. After each round the team which gained at least 3 winning points continued the game in the next round against another winning team. There were various rounds until the semifinal and final round. After the tournament the results were anounced. The winning couples consisted of: 1st place Slovak – French, 2nd place Romanian –French, 3rd place Slovak – French. Mr. Tondeur congratulated the winning teams and thanked all students for their effort, fairplayand support of each other. He stressed that it was for the1st time that girls were in one of the winning places. The common picture of all 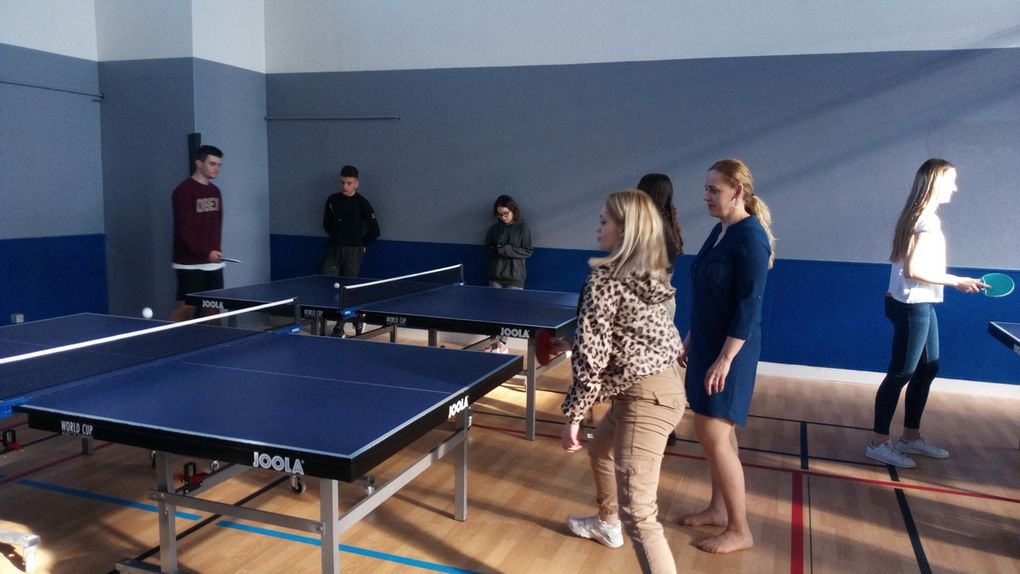 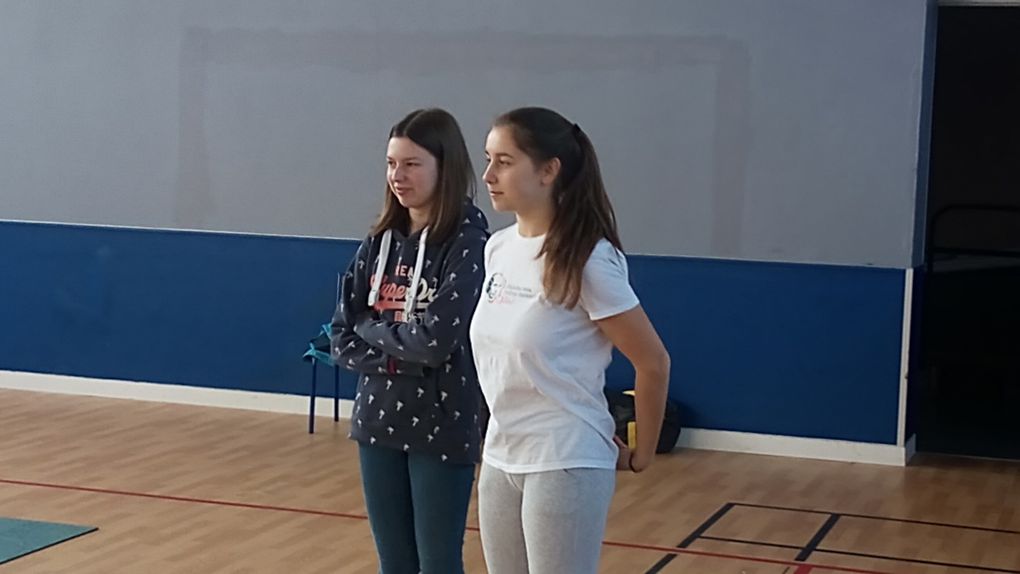 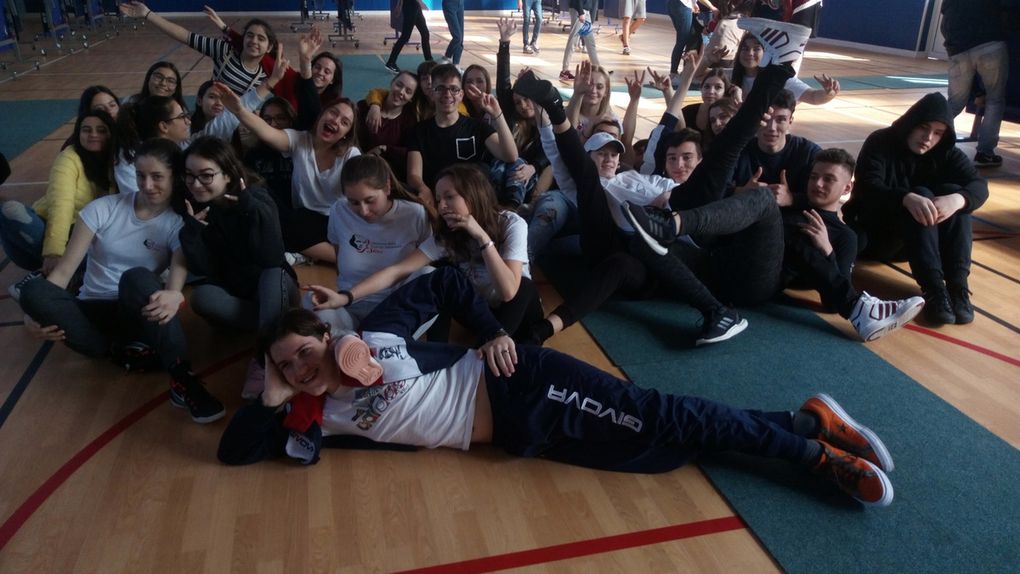 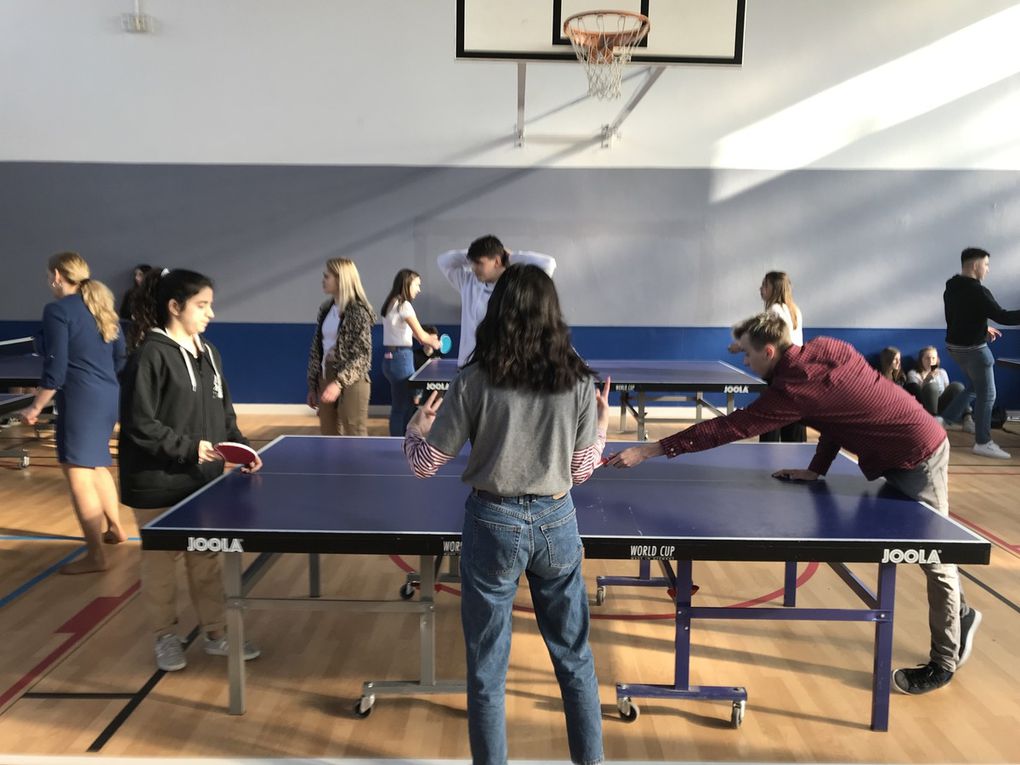