Pupils had a workshop abut traditional technique cross. In the past, people used different ways of making shirts by themselves, from the region of Horehronie near Sliac.  Pupils had to choose 5 strands of embroidery thread in a variety of colours as they liked. The colour combinations that they chose would make a pretty pattern. The more strands they chose, the wider the bracelet would be. First they had to measure and cut their first strand. It’s better that the string is too long rather than too short, so they cut a longer string when in doubt. Secondly they had to repeat the same knot using the five strands. They put the bracelet pattern under table and used two hands with two fingers and three fingers for other hand. The movement was to take the strings from down to up.  After they made the second knot with the first and second strand, they needed to use the first strand to make two knots in the third strand, and then the fourth, and so on.  To finish they had to make sure that they pulled on the thread until they felt resistance. 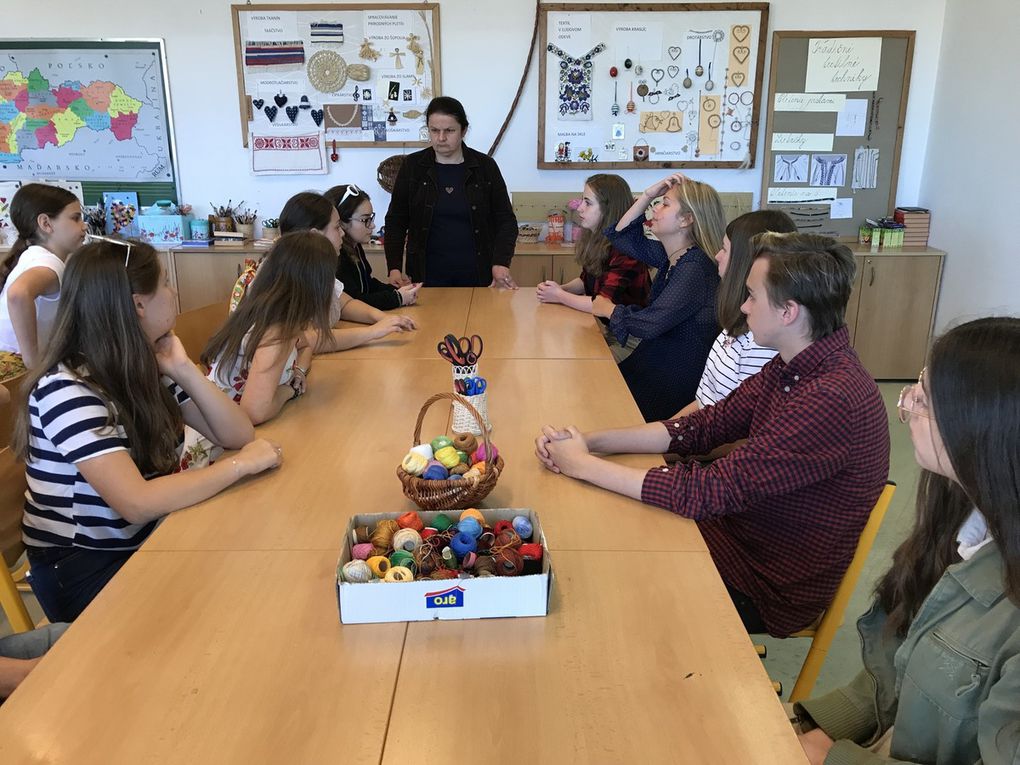 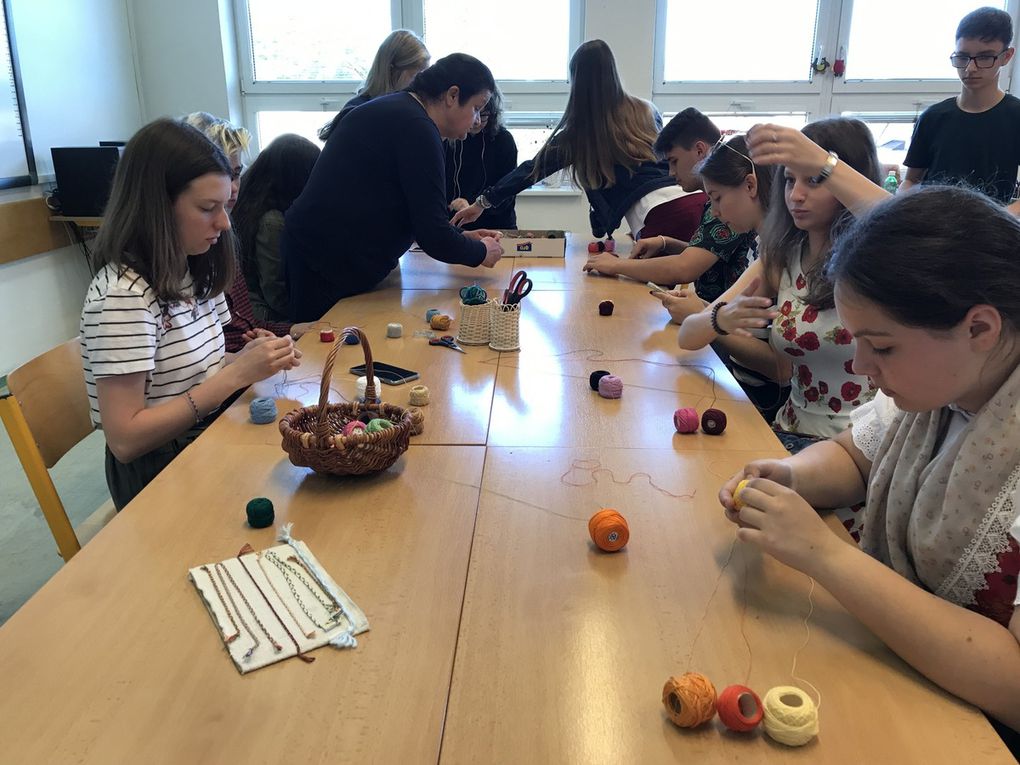 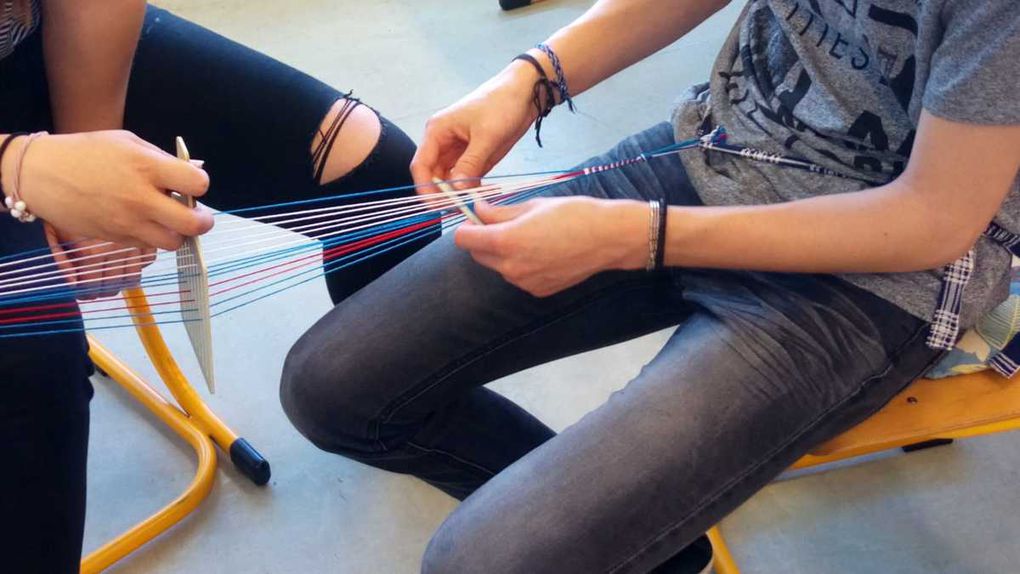 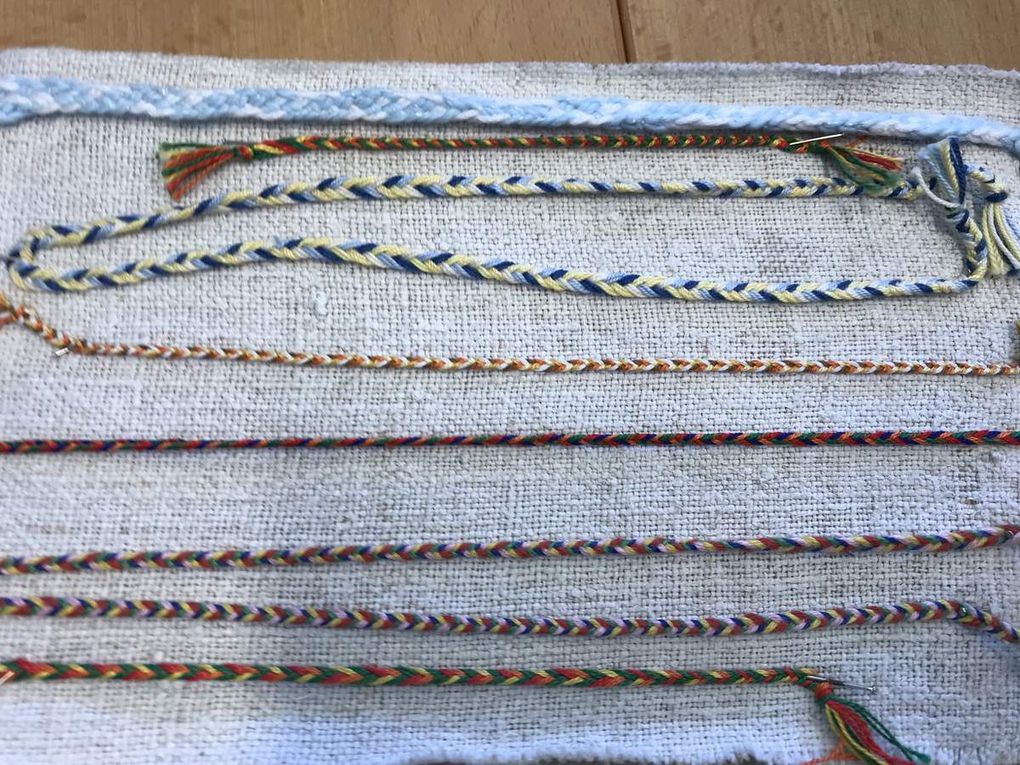 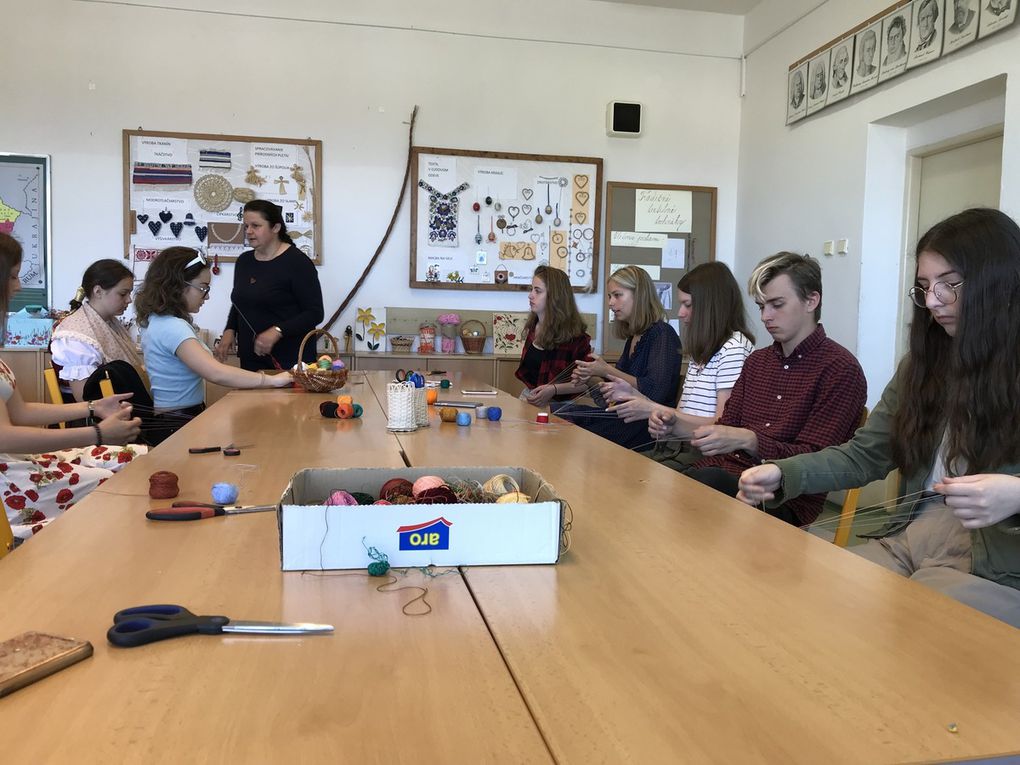 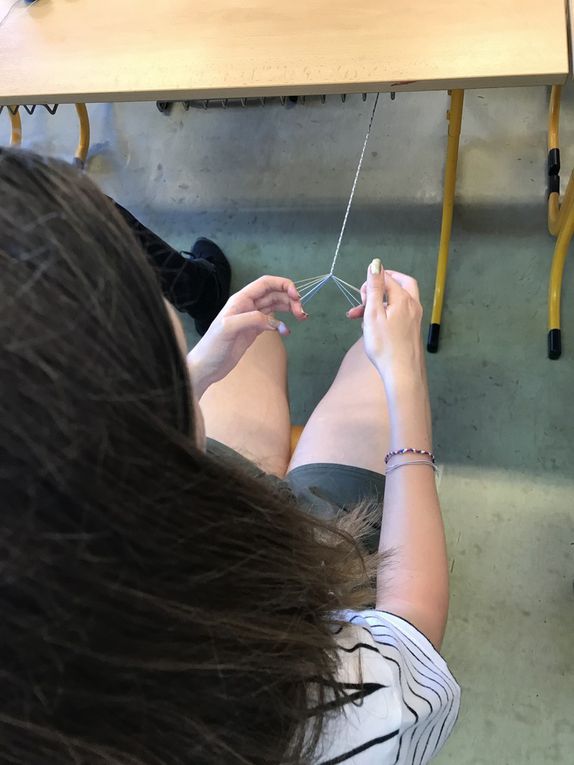 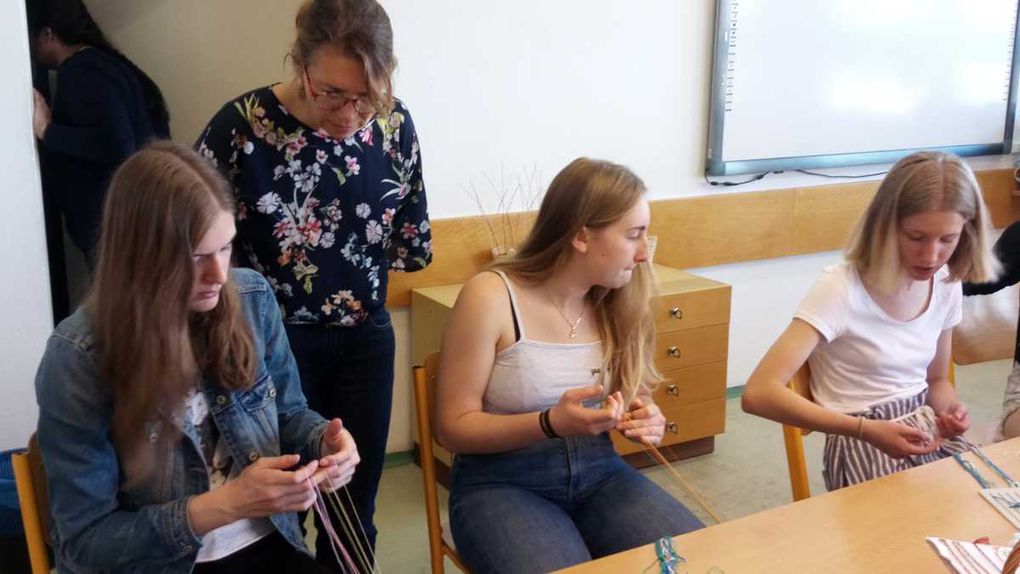