The students from Martí Dot, Barcelona, have created their own family trees  (some in Spanish and some in English) where they have included their ancestors, their origin and the languages they spoke/speak.

The objective is to be aware of our linguistic variety (we have 2 official languages -Catalan and Spanish-), to be aware of the historical migration movements of Catalonia (during the 50s, 60s, and 70s many people left countryside areas of Spain to move to big cities, such as Barcelona to find job opportunities, many families had to move to France during the Spanish civil war and postwar and later came back, etc.), to be aware about newcomers reality (we have some students that come from Morocco, South America, China, etc.) and to learn more about the other students' ancestors.

The students enjoyed creating the posters, they had fun and they were very curious to know more about their class mates origins.

We also believe it's a way of being respectful towards all origins and languages and to learn that being able to speak more languages makes as richer. 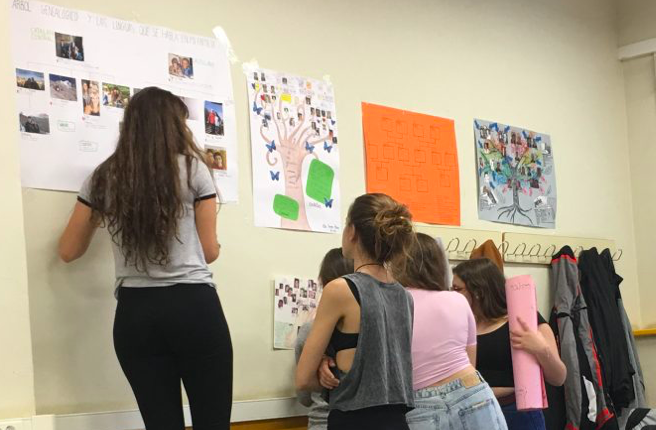