Within the Erasmus+ Project a group of students paid a research visit to two villages located at the foot of Mount Sureanu in Alba county.

Their first stop was in Laz, the village where sacred images have been painted for more than 200 years, the place being known today as a painting on glass school. Maria Poienariu dedicated her whole life to the preservation and pass-on of the five generation inherited trade – painting on glass. At present her house has been transformed by her granddaughter, Oana Stanciu, in a museum which hosts an etnographic collection of painting on glass, thinnies, embroideries, pottery and traditional wooden objects, that she had collected during her life.

Mrs Poienariu’s granddaughter has been carrying on the tradition of painting on glass, being herself a painter and a painting workshop organizer. Our students talked to Mrs Poienariu’s granddaughter about the technique used for producing a painting on glass; they admired the folk traditional costumes from Sebes Valley and discovered the objects used by peasants in their households in the past. 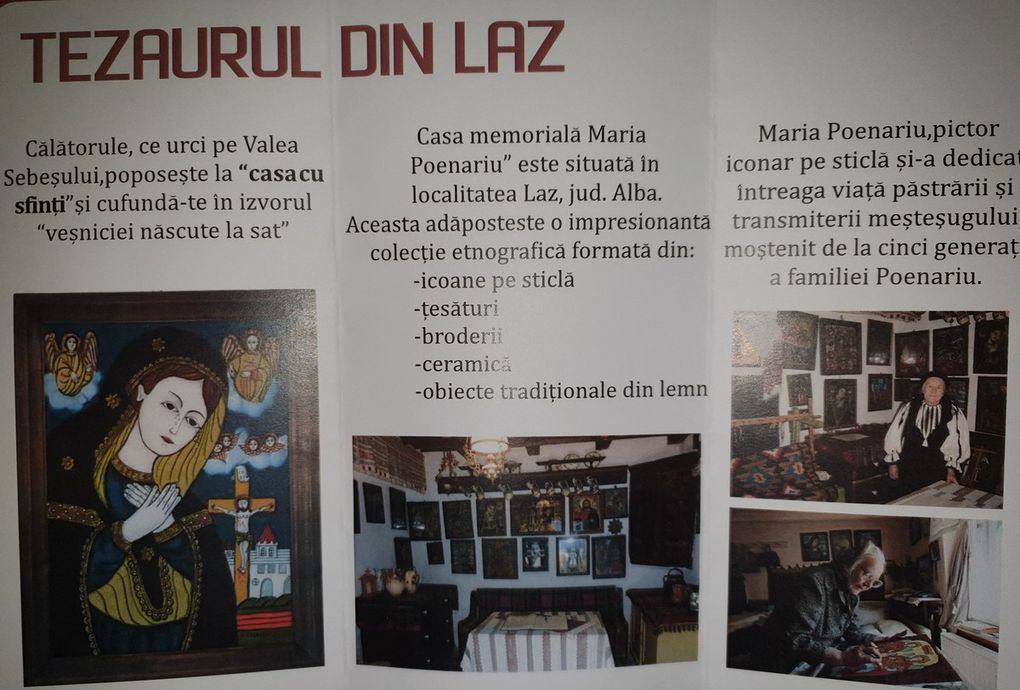 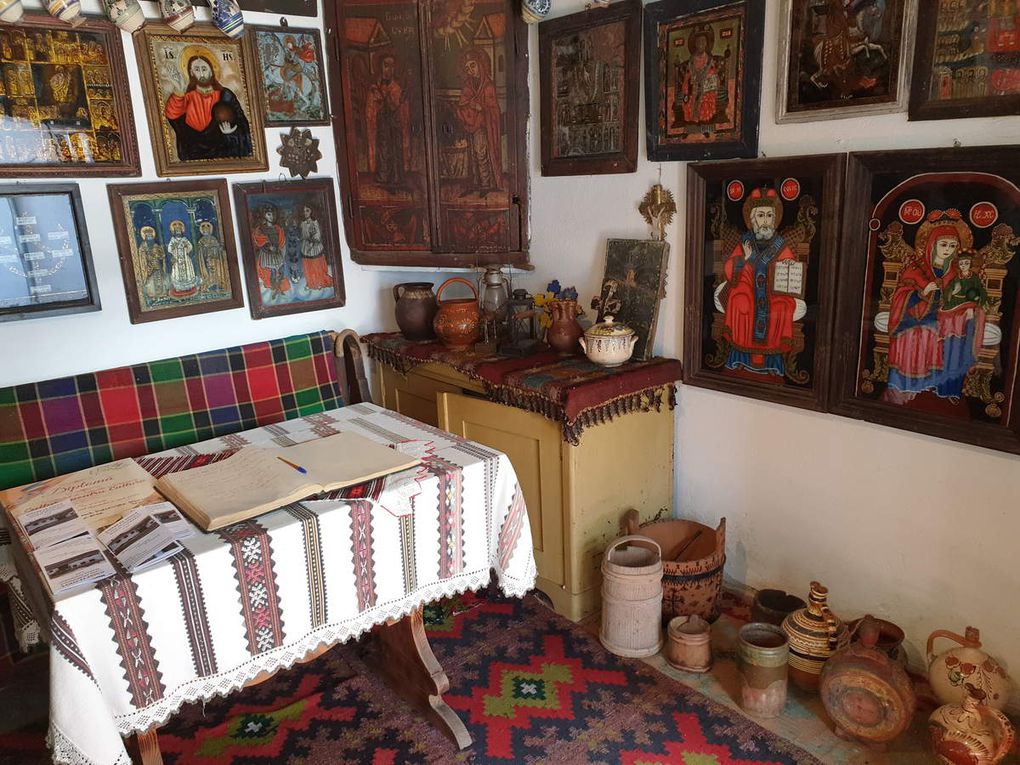 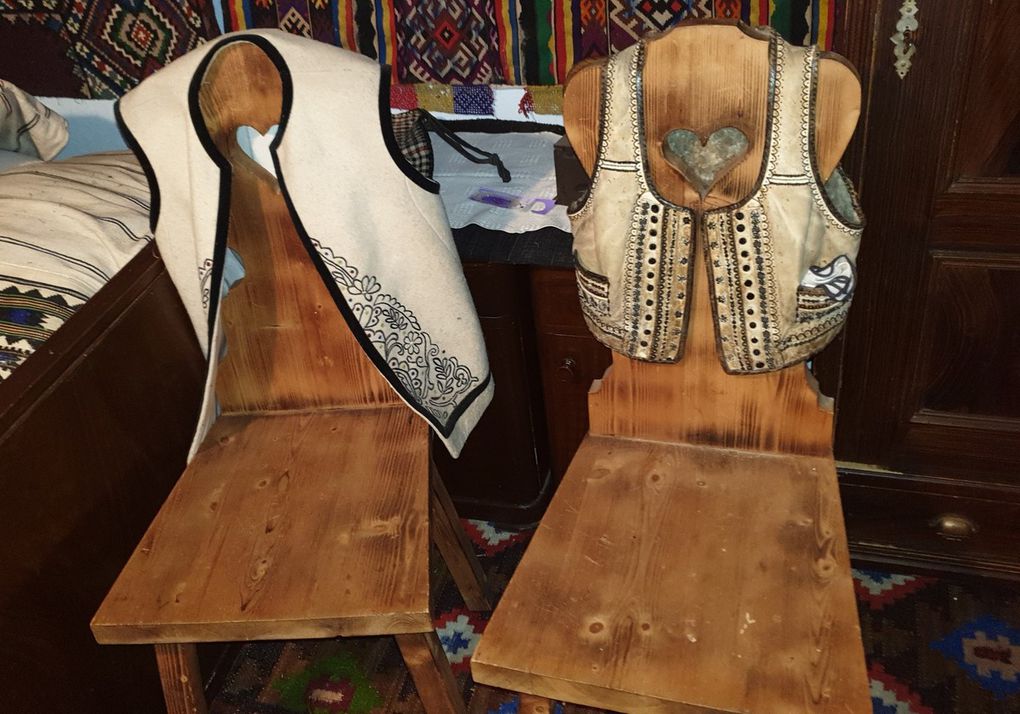 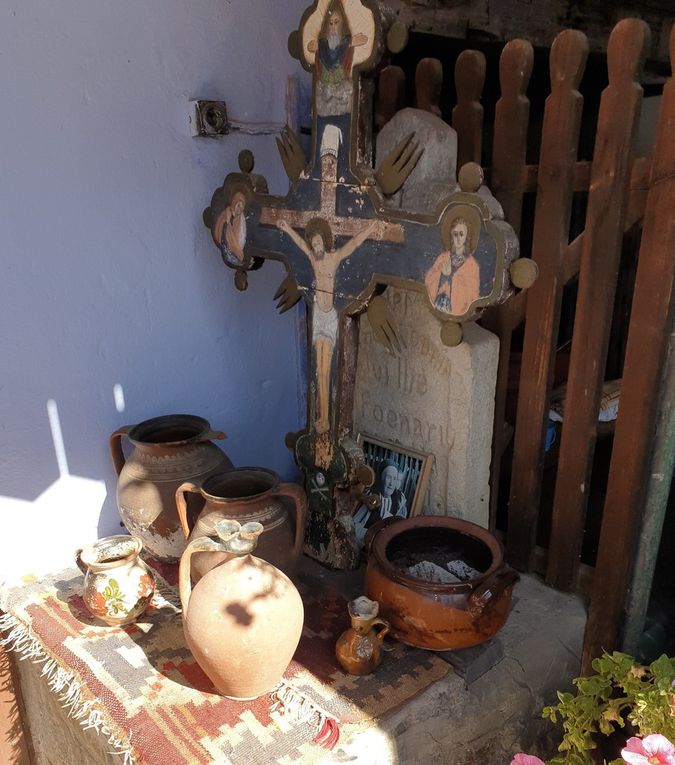 The second stop was in Martinie, where a family of peasants has been doing agro-tourism for three generations. The guesthouse where we stayed was small as it had only five rooms and 14 accommodation places. This location was built four years ago with European funds, and it is quite modern, offering all sorts of facilities although the tradition continues to be preserved through the dishes prepared here for tourists or through the organized trips to the nearby sheepfolds or seasonal local fairs.

The students cooked together with the host a traditional dish named „balmoș” made of corn flour and sheep or cow cheese boiled in milk or butter. 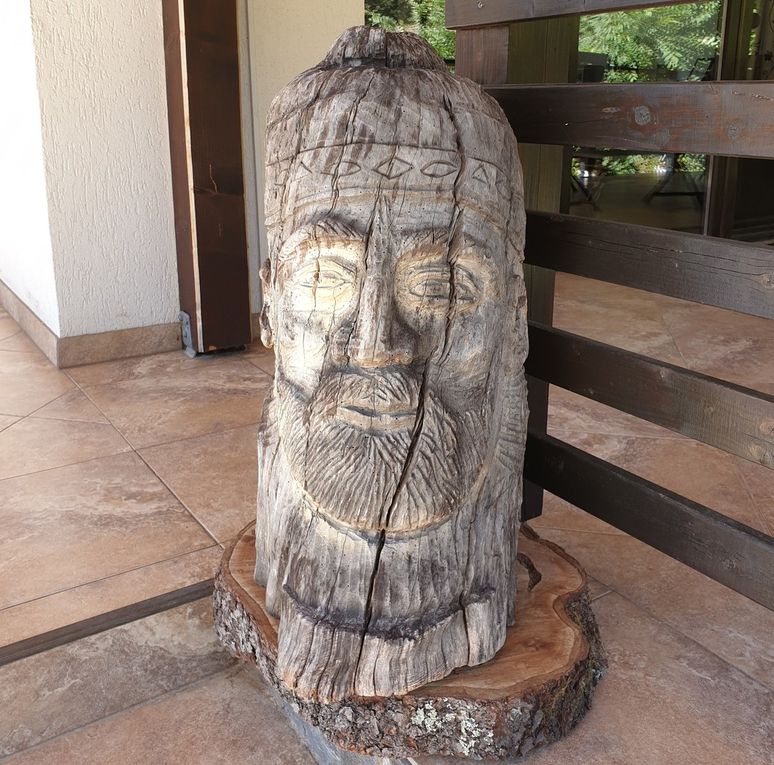 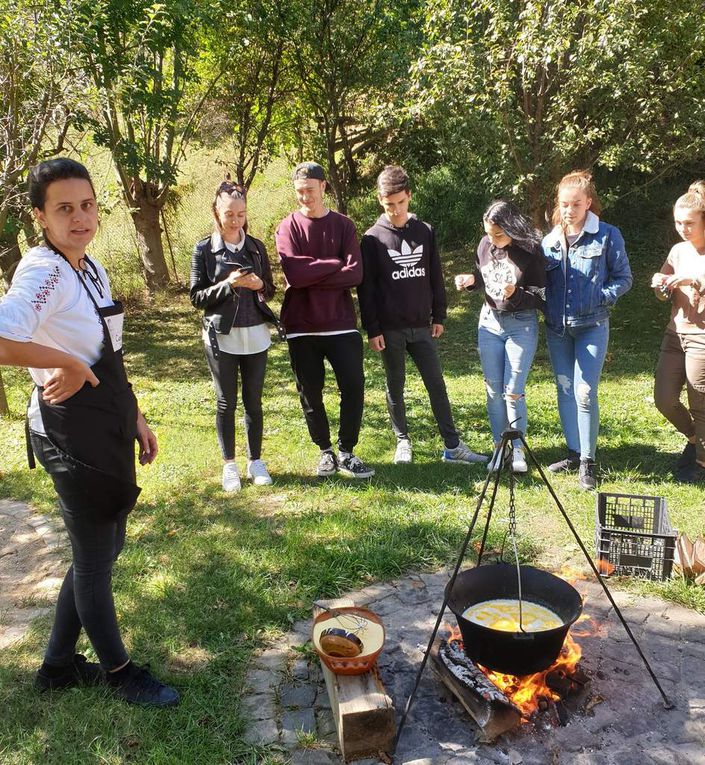 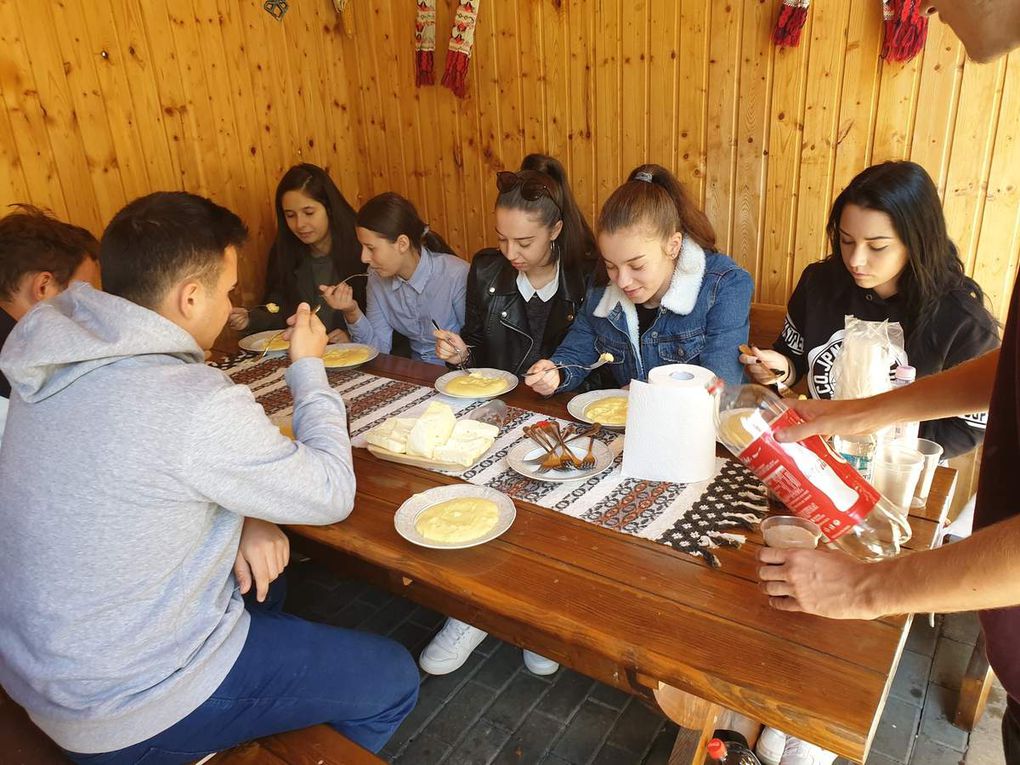 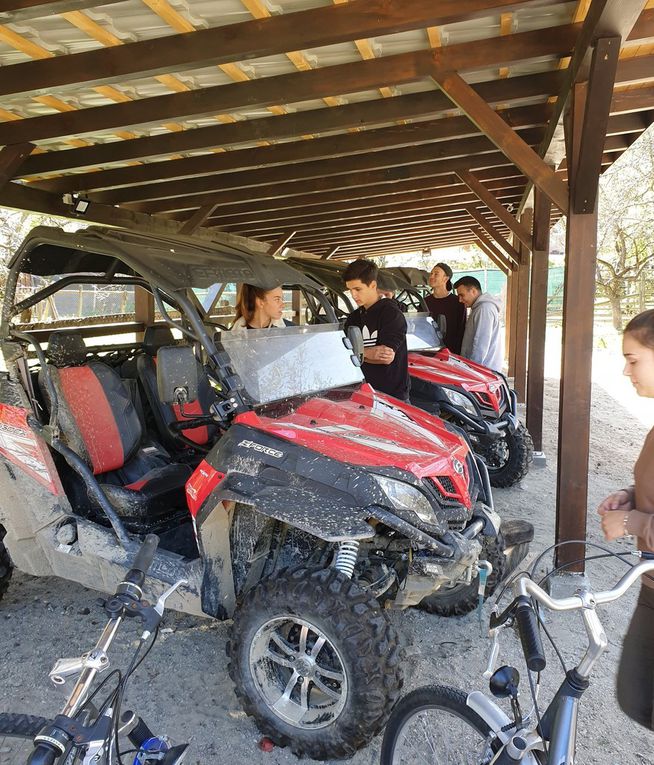 At the end of the visit the students came with their own ideas about how an agro-tourism guesthouse could attract more tourists.