Communication Bullying- How to recognise emotions in oneself and others.

First, the students were led to improve their English vocabulary in the fieds of emotions and sensations by means of a game modeled after « Who wants to be a millionaire? ». They were given tools to memorise the new words.

Then, in groups of two, they alternately mimed an emotion or a feeling to their partner who had to identify it.

Finally, the students were asked to associate a feeling or sensation with a colour. They were asked to draw a heart on an A4 piece of paper and  fill it in with different colours according to their current or usual feelings and emotions.

The heart was to give a representation of their mood, their fears, their concerns, their happiness, etc..

They presented their final product to the rest of the class and explained what they felt.

All the students  agreed that it was a good, positive and fun experience. They became more attentive to the facial or body expressions and thus will probably be more apt to take that into account in their relationship with others. They improvedtheir sense of empathy, their ability to share someone else's feelings or experiences by imagining what it would be like to be in that person's situation. We are convinced that is a part of the prevention against bullying.

They were also led to identify their own feelings and emotions and put them into a concrete realisation. Teenagers whoknow themselves better are less fragile and less at risk of being victims of bullying.

All the hearts were displayed in the classroom. 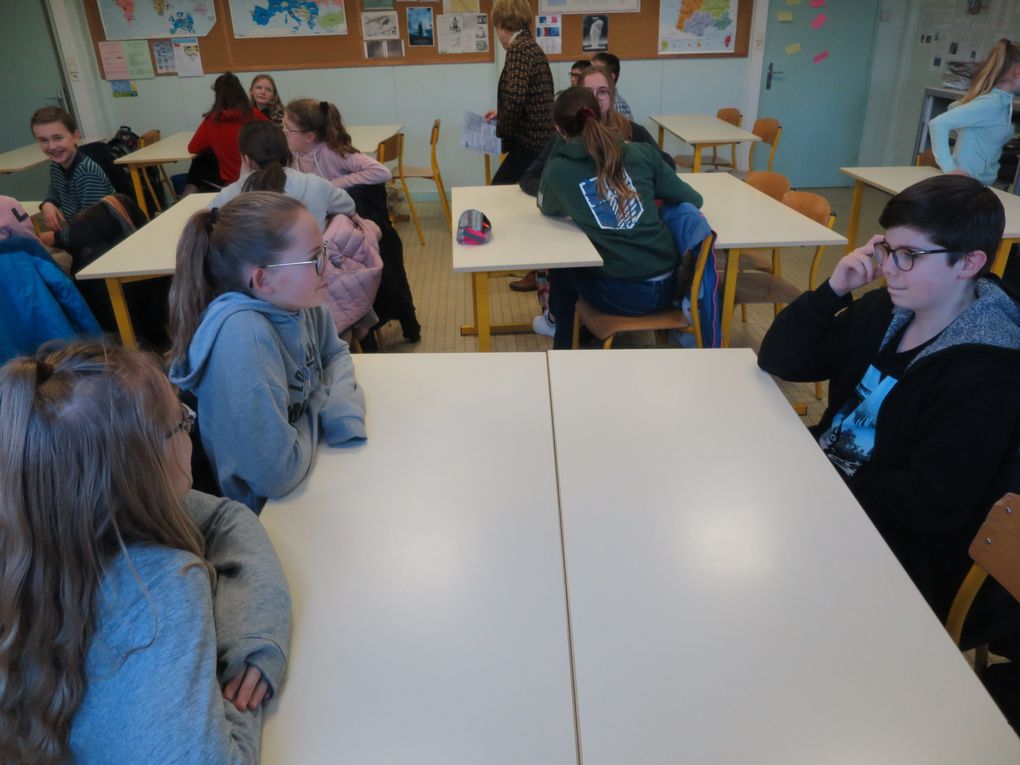 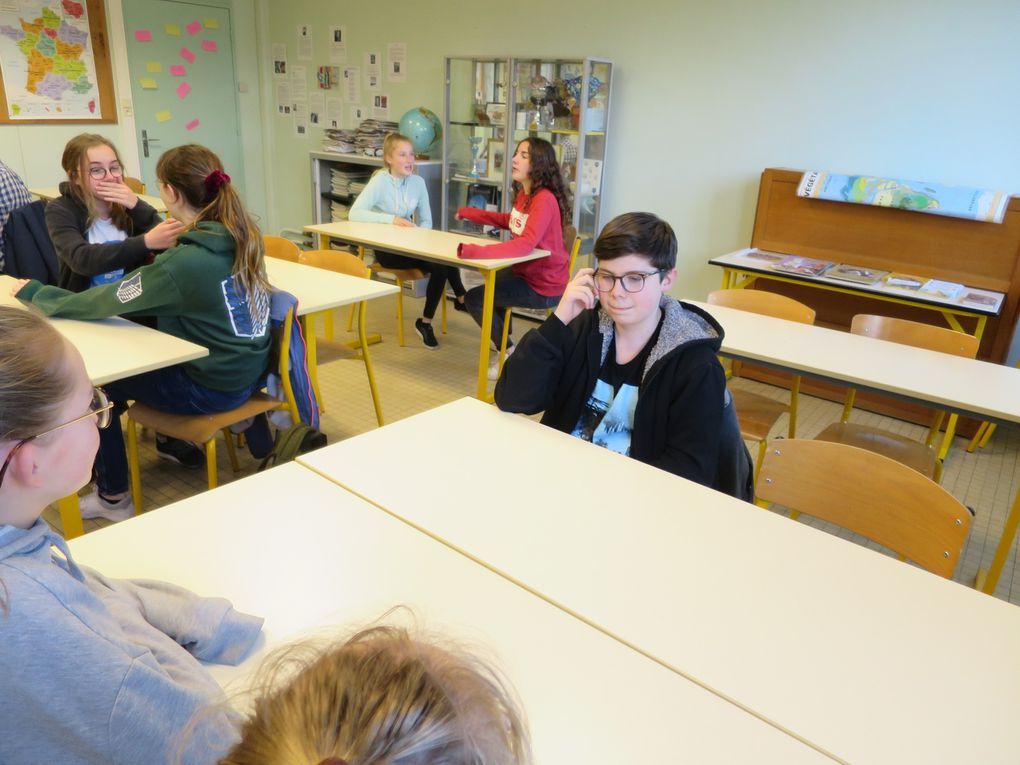 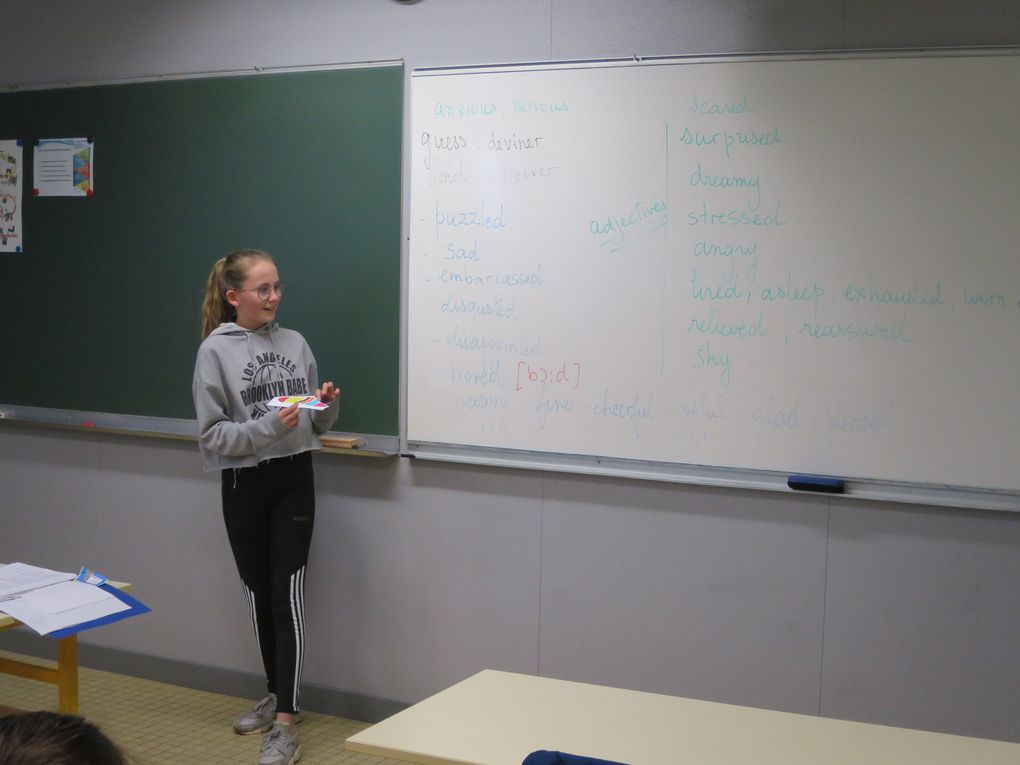 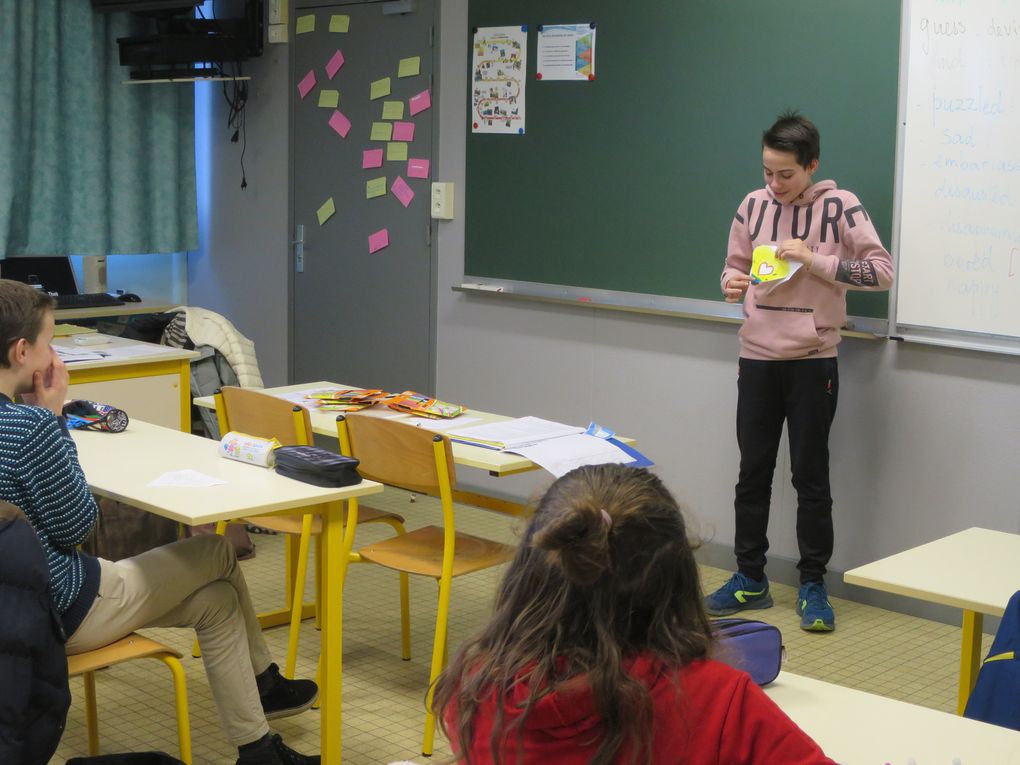 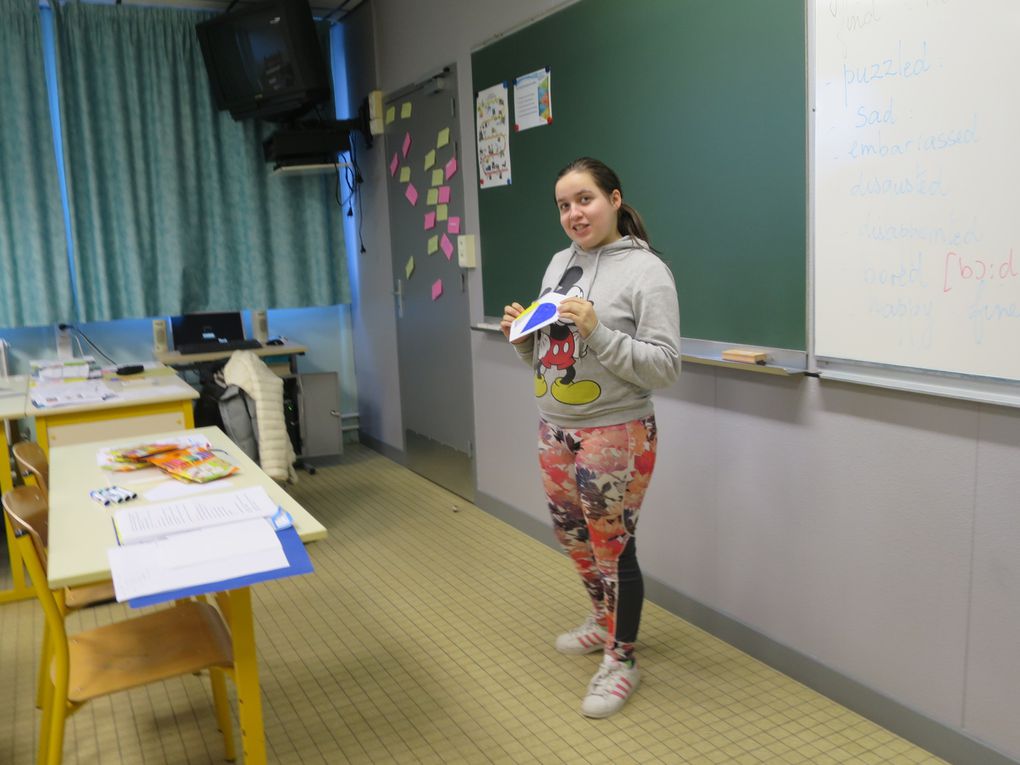 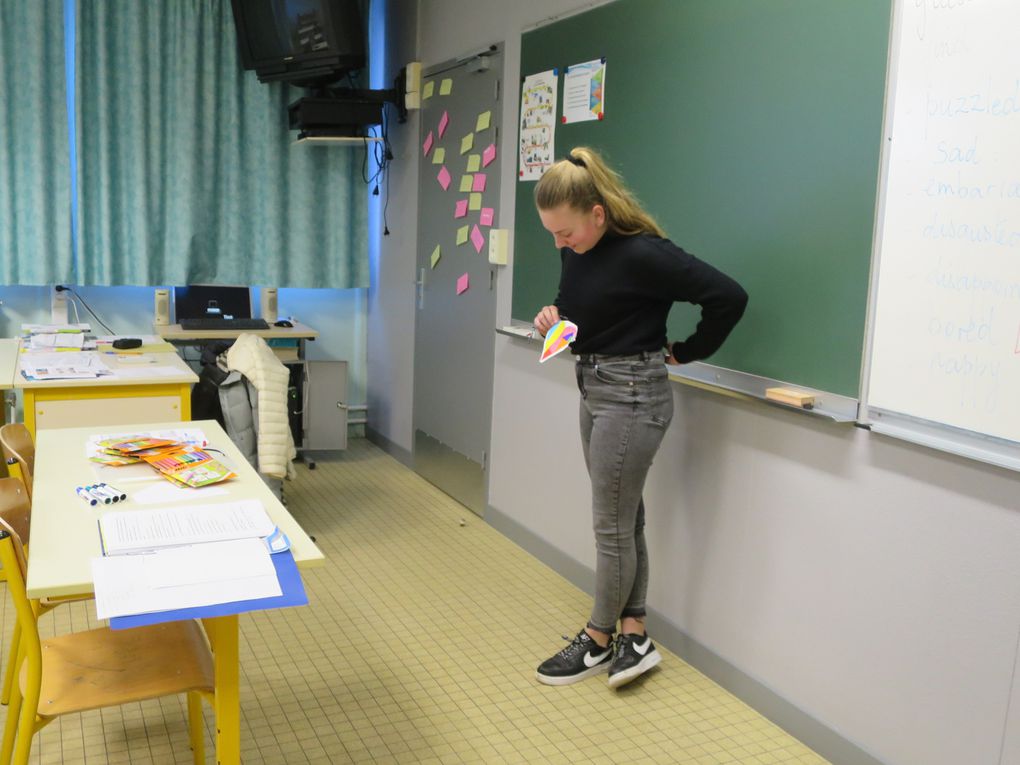